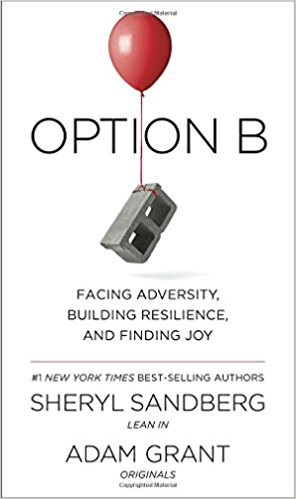 Tim was featured in Sheryl Sandburg’s and Adam Grant’s NY Times bestseller Option B: Facing Adversity, Building Resilience, and Finding Joy. In this wonderful, warm, insightful book, the authors used Tim’s story as an example of resilience in the face of adversity, sharing how Tim has pressed on to continue using his talents despite the ever-present challenges and limitations due to his vision. Recommended reading; see amazon.com. 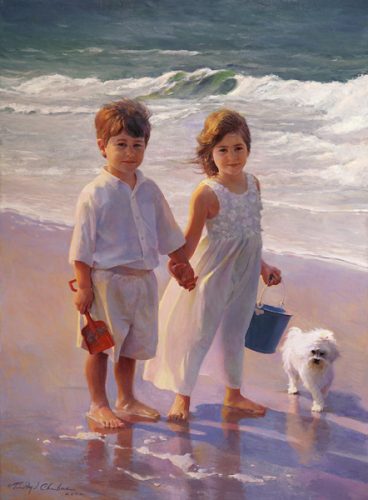 THIS EXQUISITELY DETAILED PAINTING of two children from South Carolina is by award-winning painter Timothy Chambers. Tim has been a professional artist for more than thirty years, vividly capturing portraits and landscapes in oils, charcoal, and pastels. He is 70 percent deaf. He is also legally blind.

If you’re sitting for a portrait and Tim looks you in the eye, he cannot see your mouth. Instead of taking in the whole scene, he scans his subject bit by bit, memorizing as many details as he can, then he fills in from memory what his eyes leave out. “A good painting is a lot of good decisions,” he explains.

The symptoms of Tim’s genetic condition, Usher syndrome, appeared early. At five, Tim was wearing hearing aids full-time. By high school, when he was walking around at night, a friend would say “duck” so he didn’t run into tree branches. Finally, when Tim turned thirty, an eye doctor referred him to a specialist, who diagnosed his condition. He also informed Tim there was no cure. The doctor’s recommendation was blunt: “You’d better find another profession.”

After this discouraging advice, Tim struggled with sometimes-paralyzing fear and frequent nightmares. Once, after he spent two hours finishing a charcoal portrait, his son walked in and asked, “What’s with the purple?” Tim could no longer see the difference between purple and gray. Searching for other ways to use his knowledge, he began teaching art classes online. He received glowing reviews and students halfway around the world started waking up at two a.m. to learn from him. Tim and his wife Kim expanded these classes into an online school. One day Kim watched a talk Adam gave on resilience and felt like he was describing her husband. She emailed Adam to explain that Tim was “the most persevering person I have ever had the privilege to know.”

Adam wondered where Tim got his resilience. Tim said it began with his parents. Tim’s dad had a knack for reframing painful events. One day Tim came home from school upset that kids were staring and asking what was in his ear. His father gave him a tip: next time it happened, Tim could press his hearing aid, throw a punch in the air, and shout, “Yes! Cubs are up two to one in the ninth.” Tim gave it a try, and the kids were jealous that he was listening to the game during a boring class. In high school, Tim leaned in for a kiss at the end of a date and his hearing aid started beeping loudly. His father told him not to worry about it: “She’s probably saying to her mom right now, ‘I kissed boys before tonight and I’ve seen fireworks—but I’ve never heard sirens.’ ”

Tim followed his dad’s advice and learned to respond to embarrassment with humor. He discovered that his own reaction to his disability influenced how others reacted, which meant he could control how he was perceived. Reframing these moments became second nature. “It was a blessing to have a dad who turned times when you’re feeling stupid into ‘You become stronger as you seek solutions to seeming roadblocks or dead ends,’ ” he said.